Pangasinan Governor Amado I. Espino III, released a public advisory declaring every November 13 as a Special Public Holiday in the Province of Pangasinan in honor of the late Speaker Eugenio Padian Perez. 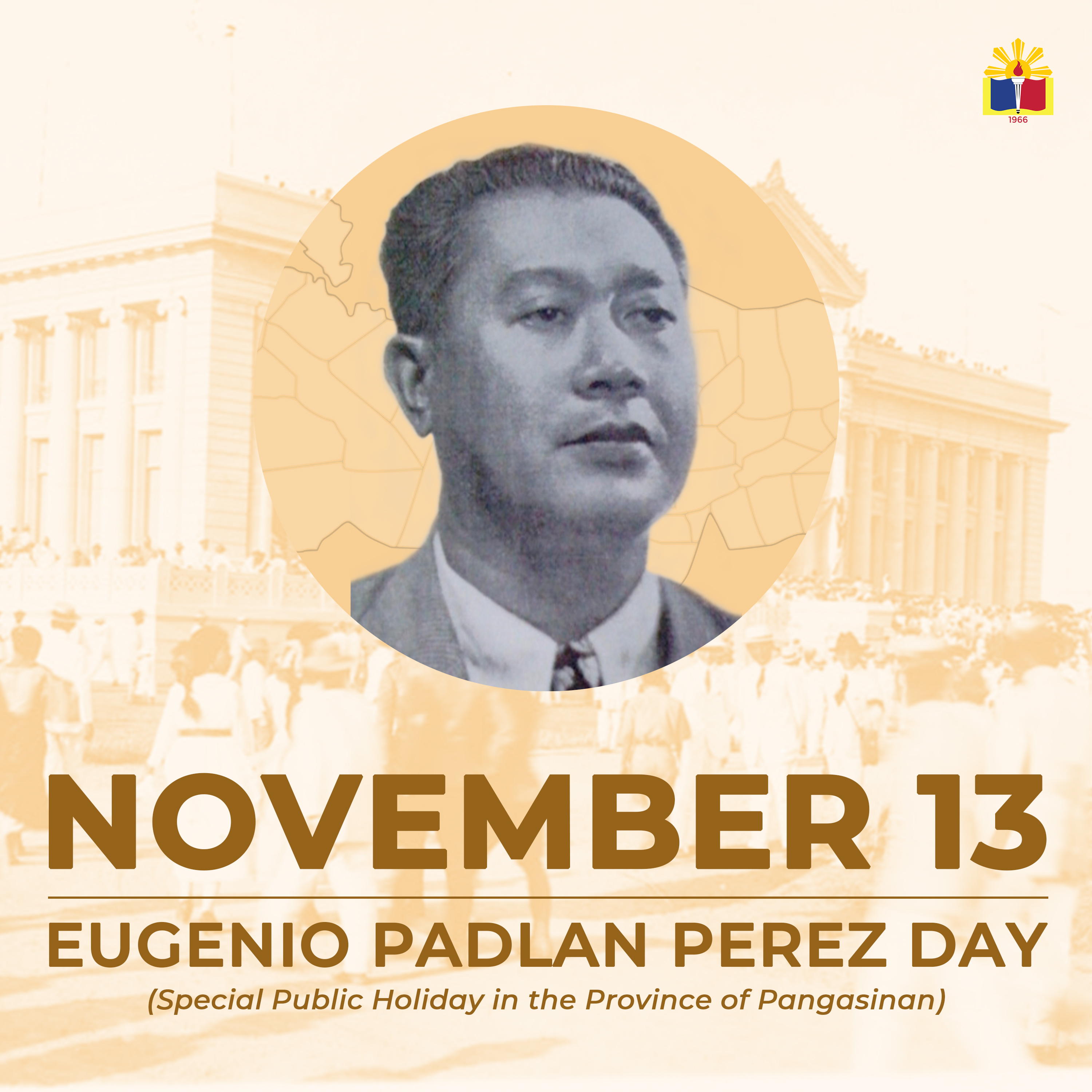 The said holiday, which is based on Republic Act 6721, is an opportunity for the Pangasinenses to commemorate his contributions in the province.

Speaker Perez was elected to the municipal council of his hometown, San Carlos in 1926. After two years, he was elected to the Philippine Legislature as a Representative of the second district of Pangasinan, serving for eight consecutive terms.

Back to News Index